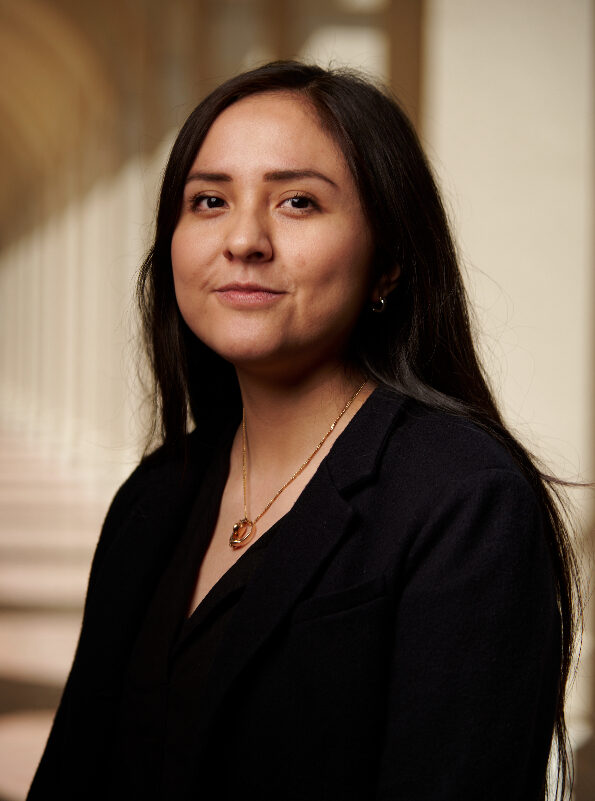 Maria Sarmiento is a legal professional with experience working on behalf of asylees, aggrieved consumers, low-wage workers, criminal defendants, and inmates both on and off death row. Maria has also been involved with non-profit organizations across Los Angeles, including the ACLU of Southern California, the Legal Aid Foundation of Los Angeles, and Wage Justice Center.

Maria was born in Lima, Peru. She has an ABA-approved paralegal certificate from Pasadena City College and a Bachelor’s degree in Philosophy with a minor in Political Science from Cal Poly Pomona. As an undergraduate, she was awarded a judicial internship with the Los Angeles Superior Court, and represented Cal Poly Pomona in Intercollegiate Ethics Bowl, at Model UN in New York, and Model Organization of American States (OAS) in Washington D.C. In 2021, at the recommendation of the faculty of the CPP Department of Philosophy, Maria was invited back to Cal Poly to serve as the featured alumni speaker for the university’s annual celebration of World Philosophy Day, a UN-designated holiday.

In her free time, Maria loves reading works in Spanish and those translated from other languages, watching foreign cinema, and spending time in the sun-filled canyon home she shares in the Santa Monica Mountains with her partner Beckett and their two cats. One day, she hopes to hike Machu Picchu again, for the fifth time.

back to About Us